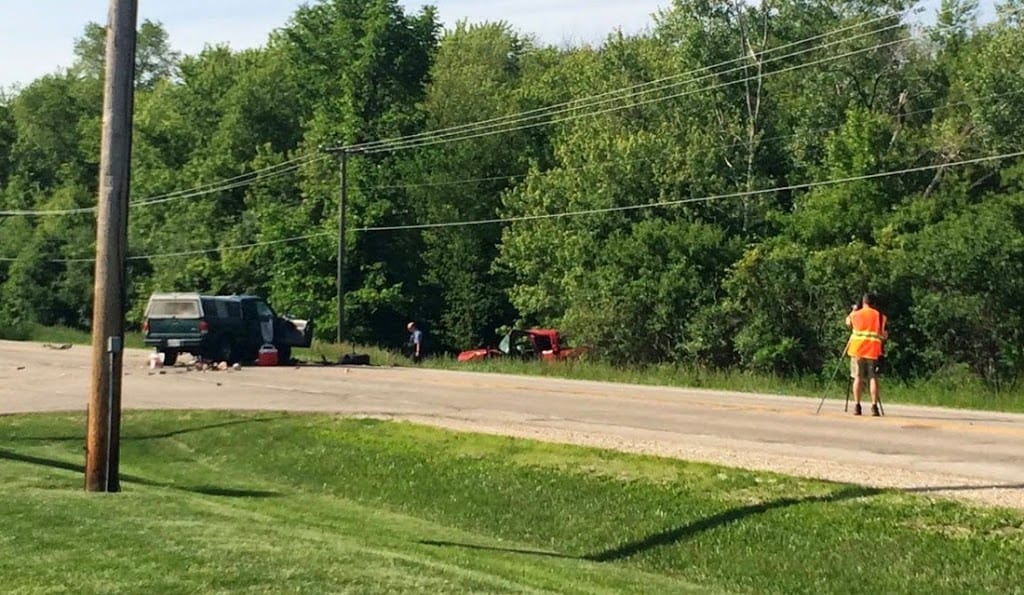 Fatal accident with entrapment on Grass Lake Rd in Lindenhurst

By Sam Borcia | Updated on March 9, 2015 1:43 am
Lake Villa Fire Department and Lake County Sheriff are currently on scene of a traffic accident with injuries and entrapment. Location of the accident is at 20765 West Grass Lake Rd in Lindenhurst. The address comes up as Uncle Bob’s Self Storage.

Per first Lake County Sheriff deputy on scene, he reported there was entrapment and to advise the fire department. He then requested multiple more deputies to the scene to assist with traffic control. They shut down the road, avoid the scene till it is cleared.

Lake Villa Squad 241 was extricating one vehicle, reported as a pickup truck when they got on scene. Also, the driver in the other car was also reported to be trapped in the car. A second ambulance was also requested to the scene. It is unknown the extent of the injuries. Lake County Sheriff has requested Ernie’s Tow for two cars to the scene.

[Most Read]  New graphic details, including transcripts of police interviews, made public in AJ Freund's murder

Any further updates will be posted here.

Update at 4:49 PM: As now, the road is still closed on Grass Lake Rd from Gelden Rd to Savage Rd.

Update 6/10/14: The male who was driving the 1999 Ford Ranger, has died at the hospital. He was extricated from his vehicle and transported to Condell. The Lake County Sheriff Technical Crash Investigation unit is currently investigating it. The victim is William Klinesmith, 58 years old of Lindenhurst. An autopsy is scheduled for Tuesday according to the Lake County News-Sun. No citations have been issued. You can read more here: http://newssun.suntimes.com/news/27992385-418/lindenhurst-man-dies-in-lake-villa-crash.html