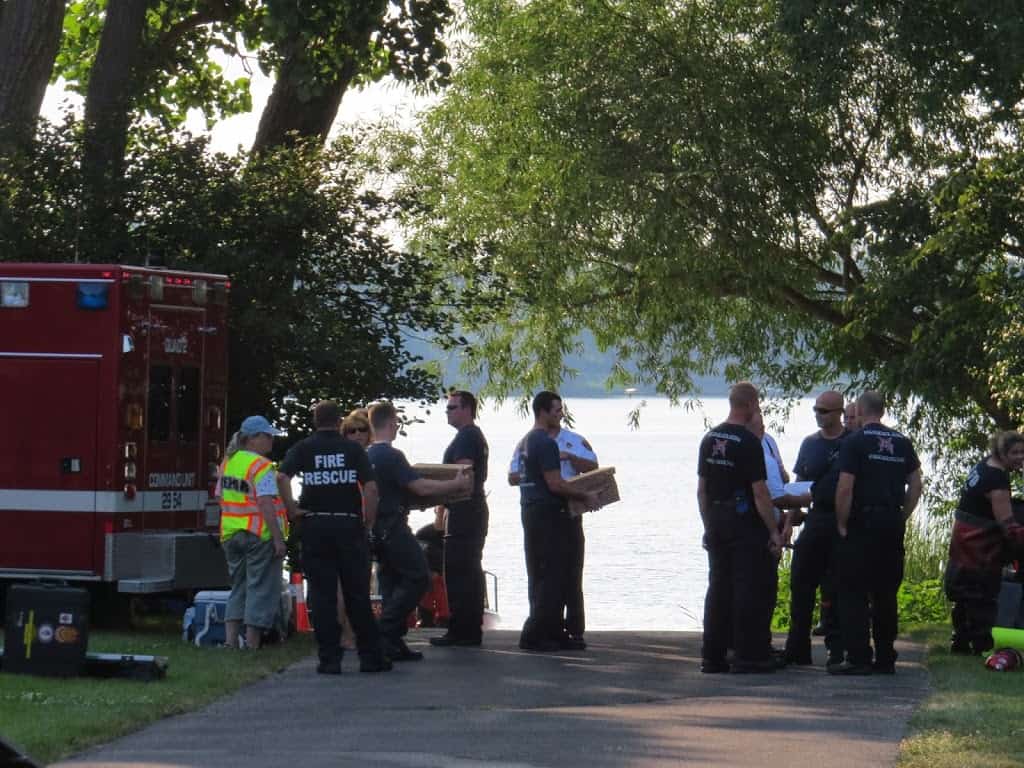 Dispatch had advised that it was a 16 year old, who was swimming in the middle of the lake while multiple others were in a pontoon boat near him. The caller initially reported he was under the water for at least five minutes. Lake County Sheriff arrived on scene and reported it was closer to Lighthouse Drive and Mainsail Drive. Upon arrival of the Grayslake Fire Department, they confirmed the victim was still missing and requested a MABAS Dive Second Alarm on Box #27-69 a short time later. The Lake County Sheriff’s Marine unit was also en-route to the call. At 4:53 PM, command requested an additional MABAS Dive Second Alarm on Box #27-67 bringing in additional fire companies and fire boats.

At 5:04 PM, they are still searching for the victim. The staging area and boat launch is across from 223 Mainsail Drive.

UPDATE: The operation is currently in recovery mode. Some fire companies have been released from the scene. They are still searching for the body.

UPDATE 2: At 8:01 PM, command reported the body had been recovered, and to strike out both 2nd alarms. Fire companies and Lake County Sheriff are starting to leave the scene. No other information was given.

Any more updates will be posted here.