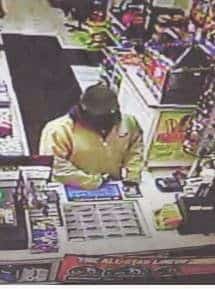 For the third time this weekend in Woodstock, an armed robbery has happened. The latest one was tonight at around 8:00 P.M, Sunday night. Woodstock Police Department are investigating and so far there are no suspects in custody.

The Woodstock Police Department described the man who robbed Gas Cap Gas Station as a white male who was wearing a brown jacket, blue scarf and blue jeans at the time of the robbery. The suspect in the Shell robbery, a white male standing about 5-foot-10 and weighing 200 pounds, was last seen wearing a camouflage jacket and hat with black pants. Now tonight, per the scanner reports it sounds like it was a male white, wearing a black hoodie, blue jeans, and white tennis shoes.