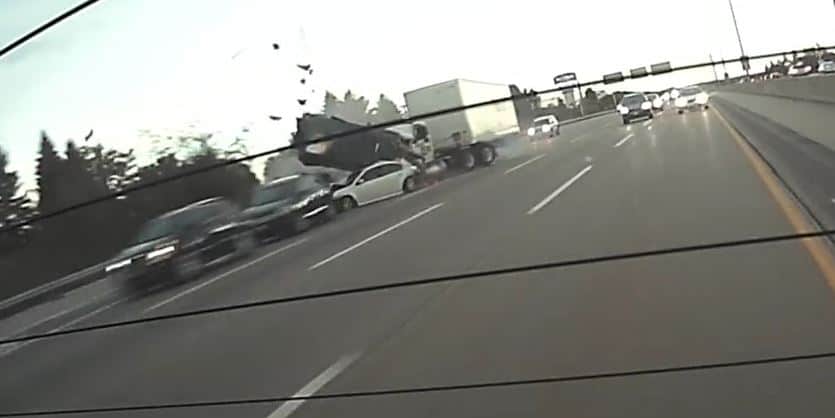 A rear-view dashcam caught the moment when a semi-truck slammed into six cars that were stopped in traffic on the Tri-State Tollway in Gurnee on Monday.

The semi-truck plowed into cars that were backed up in traffic on the interstate near the Route 132 exit.

Firefighters had to extricate people in two of the vehicles. In total, eight people were transported to area hospitals including one with critical injuries.

The crash had caused traffic delays for around five hours on Monday evening. The crash occurred near Route 132 and Interstate 94 by Six Flags Great America.