The McHenry County Sheriff’s Office and Woodstock Fire/Rescue District responded at 2:14 p.m. to a report of a single motorcycle involved in a crash in the 16600 block of Garden Valley Road in unincorporated Seneca Township.

Preliminary investigation indicates the 2013 Harley Davidson motorcycle was headed east on Garden Valley Road, where it entered a curve, exited the roadway to the right and went into a ditch. The motorcycle overturned, causing the driver and passenger to be ejected.

The driver of the motorcycle was charged with Driving Under the Influence of Alcohol. Additional charges are pending. The crash investigation is ongoing by the McHenry County Sheriff’s Office Traffic Crash Investigation Unit.

Photo album from the incident by Alex Vucha 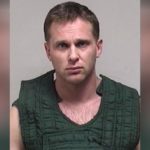