Preliminary autopsy results have been released by the McHenry County Coroner’s Office of the man who was found dead in a pond in Crystal Lake Monday.

Police were called Monday after a dead body was spotted in the retention pond across from the OfficeMax, 4417 Northwest Highway in Crystal Lake.

The man, who is believed to be in his 20s or 30s, has yet to be identified. Police have “no reason to believe a threat to the public exists,” authorities said.

Authorities are still asking for the public’s help as they work to identify the man. Scientific identification is now moving forward with the assistance of the Crystal Lake Police Department and Illinois State Police.

The man is described as 5-feet, 9-inches tall and weighing 180 pounds between 20 and 30 years of age. He has short, black hair and is Hispanic. He also had several tattoos and was wearing tan cargo-style shorts, grey boat shoes and no shirt, police said Tuesday. No other details have been released.

Anonymous tips can be sent via text to the Crystal Lake Police Department by texting the word CLPDTIP along with the tip information to 847411 (Tip411).

The Crystal Lake Police Department and McHenry County Coroner’s Office is continuing to investigate the death.

Patch.com contributed to this article 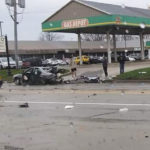 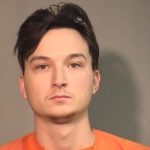