A 9-year-old boy is in stable condition after being rescued when he almost drowned in a pool in Antioch Sunday.

First responders were called to the scene at Skipper Bud’s Marina, 1000 West Route 173 in Antioch, Sunday evening for a report of a child that went under the water in a pool for 30 to 45 seconds.

When firefighters arrived the child had already been rescued from the pool by other swimmers. The child then regained consciousness and began coughing up water.

He was transported to Advocate Condell Medical Center in Libertyville in stable condition, according to Antioch Fire Department Fire Chief John Cokefair. 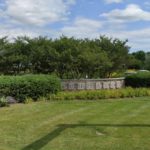