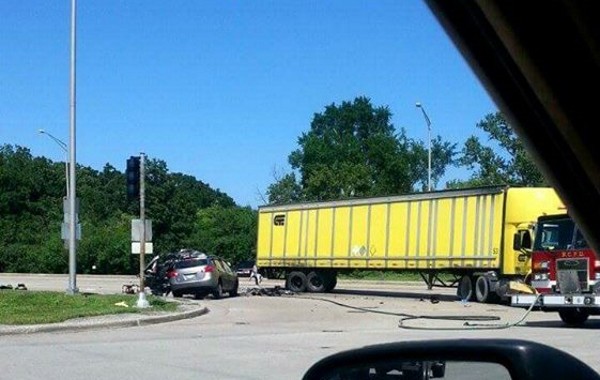 The two people killed after an SUV struck a semi truck in North Chicago Friday have been identified.

Lake County Coroner Dr. Howard Cooper announced that the victims were identified as Christina Mier, 25, of Lake Forest and her 20-month-old son.

Emergency crews were called to the scene at around 2:00 p.m. Friday to a report of a vehicle crash at the intersection of Waukegan Road and Buckley Road in North Chicago.

Police said that a semi tractor-trailer truck was stopped southbound on Waukegan Road in the turn lane to make a right hand turn onto westbound Buckley Road when it was struck from behind by a mid-sized SUV.

The North Chicago Police Department are being assisted by the Lake County Major Crash Assistance Team (MCAT) with the investigation.

The cause of the crash is still under investigation. No additional information has been released.