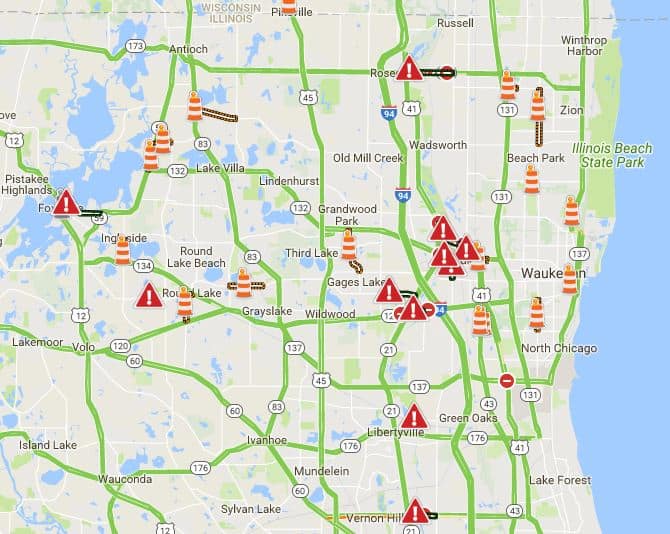 Widespread flooding in Lake County continues to make travel difficult, and the Lake County Department of Transportation expects major delays and traffic problems for the morning commute on Monday, July 17.

Even though flooding is receding in some locations, many major east-west roads are still closed, and more have been added to the list. Officials said the morning commute was rough last week, and since then IL-60 and IL-120 have both been closed.

At this time, the following major roads are closed due to flooding:

Note: The roads listed above are only the major roads that are closed however there are several other less traveled roads closed that are not listed.

Officials said that, “the amount of traffic that will be using IL-22, IL-137, IL-176, Wadsworth Road, Deerfield Road and Washington Street will far exceed capacity”.

For a map of the full road closures and updates on traffic, visit Lake County Passage: LakeCountyPassage.com.

Also be sure to follow Lake County Passage on Twitter for road updates in Lake County: Twitter.com/LCPASSAGE.