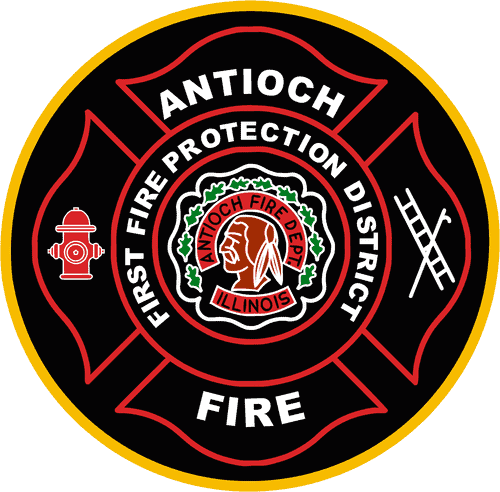 Officials say that the chemical spill in Antioch last week was ferric chloride.

On July 24 at around 8:18 p.m. the Antioch Fire Department received a 911 call from a person that said a liquid material appeared to be leaking from the former Circuit Systems building at 884 Anita Street in Antioch.

First Fire Protection District of Antioch Fire Chief Jon Cokefair said that an immediate hazmat response was launched and notifications were given to the Illinois and Federal Environmental Protection Agencies (EPA).

Fire Chief Cokefair said that state and federal officials also responded to the scene where local hazmat teams were working at containing the spill.

According to Cokefair, an initial chemical analysis suggested that the spilled material was ferric chloride which is an acid.

The U.S. National Institutes of Health says that ferric chloride is a colorless to light brown watery solution that has a faint hydrochloric acid odor. It’s also highly corrosive to most metals and corrosive to tissue. They said it can be used in sewage treatment and water purification however in this case it was used for circuit board manufacturing.

“We have worked closely with the state and federal officials to ensure that the leakage is stopped, the storage tanks which served as the source of this chemical were emptied and the public is protected. Our onsite observations suggest that some of the ferric chloride may have entered the waters of Sequoit Creek,” Fire Chief Cokefair said in a statement.

“We have serious concerns to make sure our waterways are fully protected, of course, but we have been assured that the concentrations of the acid are small enough to have an insignificant effect on the water in the creek and aquatic life,” Cokefair said.

“There appears to be no possible danger to the public from this leakage at the present time and once the tanks are completely empty, there can be no further spills.”

Authorities said that the fire department, village, state, and federal officials have been in contact with the owner of the property and are taking all steps necessary to protect the public.

Officials also said they are investigating why this chemical was present in this building since there has been no circuit board manufacturing going on in recent years.

“The village will work with its sister agencies to bring any appropriate charges and liabilities against any responsible parties and will continue all necessary efforts to prevent any future incidents of this nature. Reimbursement will certainly be sought for all expenses incurred by our public agencies in providing first responders and materials,” Cokefair said.

He continued and said, “While this incident has attracted news media attention, the fact is that the spill was comparatively small and quickly contained. There is no significant danger presented to the public because of the excellent work of our fire department and the Lake County Hazardous Materials Response team working with the supplemental guidance of the state and federal officials from the EPA.”

“We extend much appreciation toward the people who worked through the night and brought this incident under control during this past week. Without their efforts, this might have been a much worse situation.”