Police have arrested two men for drug and weapons charges after cocaine and a stolen gun was found during a search warrant in two homes in Lake County.

On Friday at around 11:00 a.m. a search warrant was executed by Round Lake Park police officers in the 1300 block of North Turnbull Drive in Round Lake Beach. Police said that the search warrant was part of an ongoing investigation. The search resulted in the arrest of multiple people for possessing over 400 grams of cocaine.

Information obtained from the first search warrant on Turnbull Drive then led officers to an address in the 1800 block of Tomahawk Lane in Round Lake Heights.

The Round Lake Park Police Department said that 14 grams of cocaine, materials used for the distribution and sale of drugs, drug paraphernalia, and a loaded .38-caliber revolver that was reported stolen in February 2017 from Des Moines, Iowa were found in the second search.

Authorities said that the gun will be turned over to the Northern Illinois Crime Lab for further analysis to determine if it has been used in any other criminal activity. 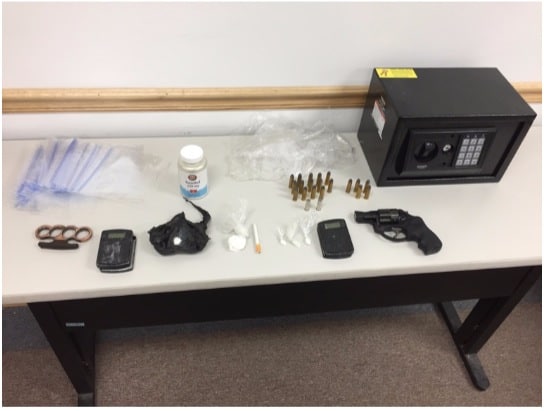