Suspect on the loose after armed robbery in McHenry 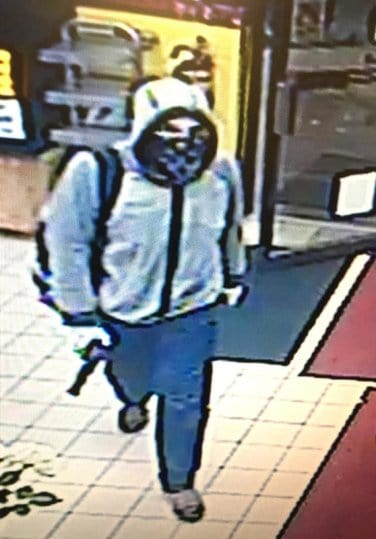 Police are looking for the suspect in an armed robbery at a gas station in McHenry that occurred early Wednesday morning.

Authorities said that a man entered the store through the front door and then went up to an employee behind the counter and showed a handgun to him. The suspect demanded money and merchandise from the employee. The suspect then fled on foot from the store.

The male suspect is described by police as 5 feet 10 inches to 5 feet, 11 inches tall, short brown hair, and a thin build.

He was seen during the robbery wearing blue jeans, a gray hooded zip-up sweatshirt, a black bandana with white flower print hiding his face, glasses and gloves, police said.

No injuries happened during the armed robbery and the man is still on the loose as of Wednesday.