Two men were arrested after robbing an AT&T store at gunpoint and fleeing from police on Wednesday, authorities said.

At around 10:30 a.m. on Wednesday, Lake County Sheriff’s deputies were dispatched to the AT&T store at 21690 West Long Grove Road in Deer Park for an armed robbery.

Witnesses reported during the robbery, two subjects wearing ski masks entered the AT&T store, one armed with a firearm, authorities said. The employees were forced to place over 100 cell phones and tablets into bags. The offenders fled in a vehicle and witnesses were able to provide a description, which was broadcasted out to area police departments by 911 dispatchers. 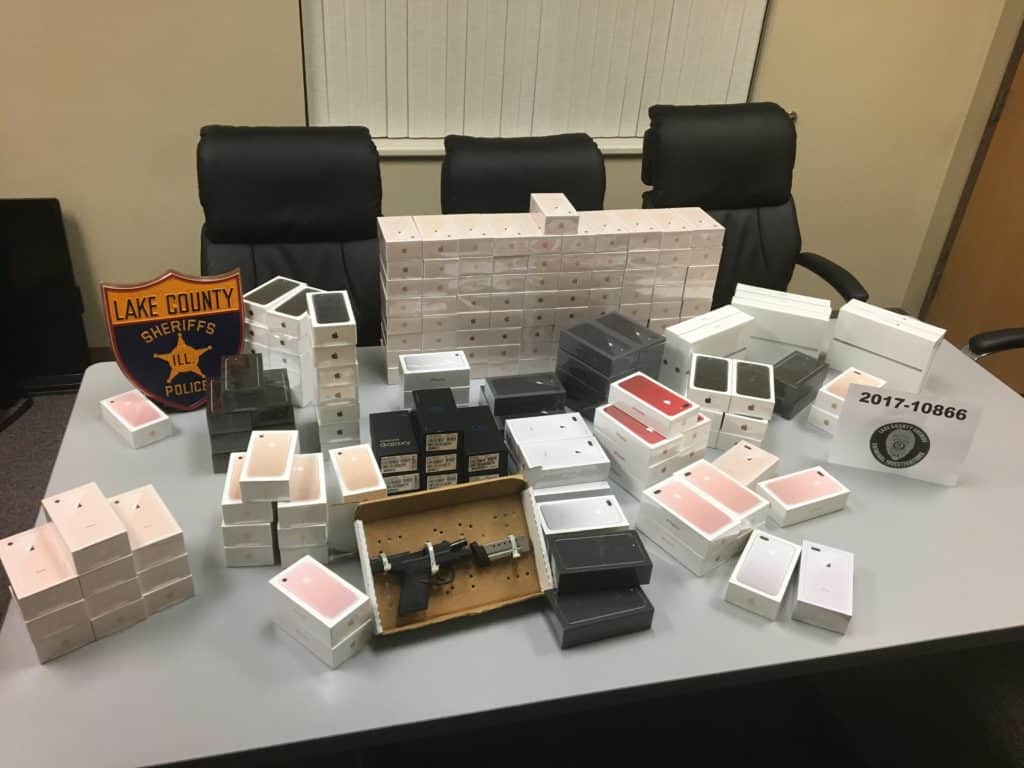