A Lake Villa police officer has been disciplined after he was caught on video telling a teenager that he was being detained “because he’s white”.

The video, posted on Monday by Dezi Baczek on Facebook, already has over 40,000 views and shows Lake Villa Police Department detective Esteban Gomez telling a teen he stopped him because he is white.

Dezi Baczek, who recorded the video, said that her and a group of friends went to a pawn shop in Lake Villa to sell an item to help pay for a book her little brother wanted. As they were walking out from the store, the police detective came up to them.

Dezi Baczek told NBC5 News, “I was yelled at to sit down. I said, ‘What’s the reason?’ and he said sit down or I could turn around and be arrested, so I sat down at that point.”

In the video, the detective can been seen and heard screaming at one of the teens who asked what he did wrong. Detective Esteban Gomez starts to yell and says “Wanna be hard with me? Be hard with me, go ahead. Think you’re a tough guy?”

Detective Gomez starts to walk away and then turns around and says, “Who’s got the weed on them?”

The group reacts to his comment and Detective Gomez turns around once again as he’s walking away and says “Did someone say f**k off?”

The group responds and says no, and Detective Gomez points at two of the teens and says “You and you.”

Then, one of the teens asks the detective why he’s being detained. “Because I’m a teen? Because I have baggy pants?” the teen said. Detective Gomez responds back and says “Because you’re white,” and continues to walk away.

Lake Villa Police Chief Craig Somerville said that Detective Gomez was conducting a theft investigation and was questioning someone in the group who was with the group of teens. One of the group members gave the police officer a fake name and was charged with obstruction, the chief said.

According to NBC5 News, Chief Somerville said that Detective Gomez told him about the incident and it being captured on video soon after it happened.

“Detective Gomez admitted his words were poorly chosen and insensitive and he immediately regretted what he had said,” Chief Somerville said in a statement.

“The Lake Villa Police Department does not condone this type of behavior of its officers.”

Chief Somerville said that Detective Gomez has been disciplined for behavior unbecoming of an officer. He will be speaking to the parents and teens involved in the incident.

“I apologize to anyone who may have been offended by what is depicted on this video. This occurred on my watch and I assume full responsibility,” Chief Somerville said. 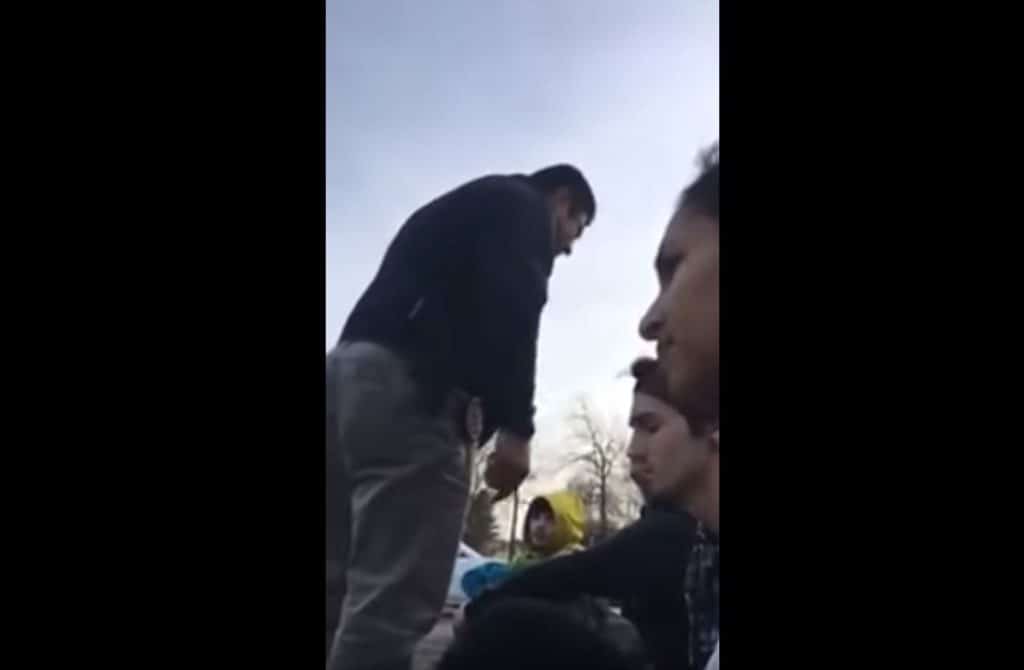