A Waukegan man was arrested in late November after police said he walked out of his apartment, fired shots from a rifle into the air, and then went back into his apartment.

Agustin Moreno-Martinez Jr., 29, of 1740 Walnut Street in Waukegan, was arrested following a police standoff in Waukegan on November 24, according to police files obtained through a Freedom of Information Act (FOIA) request by Lake and McHenry County Scanner.

Police records show that the Waukegan Police Department was called at 7:45 p.m. to a report of shots fired in the 1000 block of Greenwood Avenue in Waukegan. When police officers arrived they heard multiple gunshots in the area, as seen in the above video that Lake and McHenry County Scanner obtained through a Freedom of Information Act (FOIA) request.

A 911 caller told police that a male Hispanic wearing a white t-shirt stepped outside of his residence and fired a rifle in the air, and then went back inside. A perimeter was setup around the apartments at 1740 Walnut Avenue, which is adjacent to the address that police initially responded to.

The documents released show that during the standoff, two men, one of them later identified as Moreno-Martinez Jr., walked out from the apartments and tried getting into a pickup truck. When police confronted them, the two men went back into the building.

Police recovered the gun allegedly used by Moreno-Martinez Jr. to fire the shots.

Moreno-Martinez Jr. was charged with reckless discharge of a firearm, a class 4 felony. He has since been released on bond and is scheduled to appear again in court on January 9. 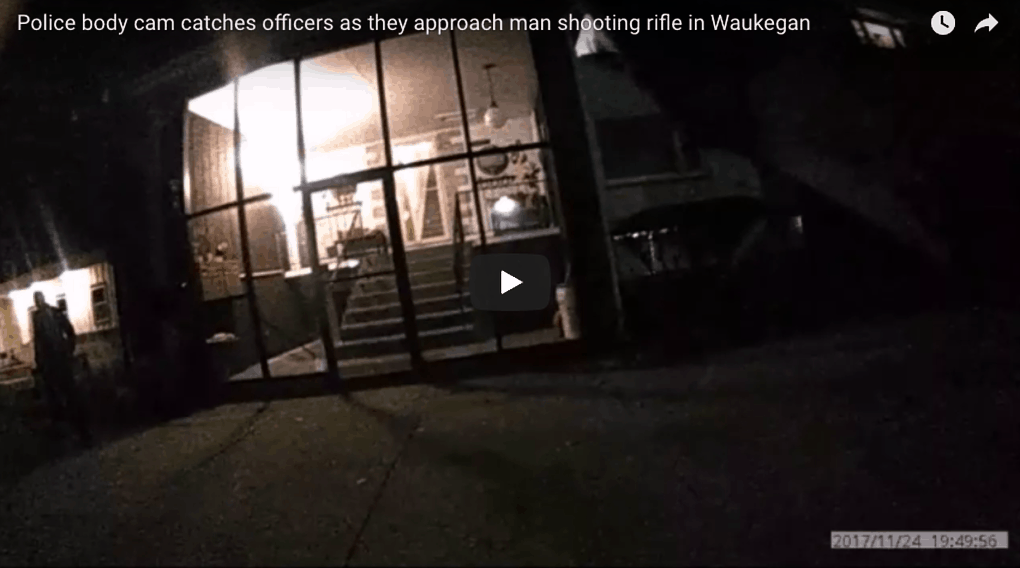