A 13-year-old Wheeling boy has been charged in connection with burglarizing a Libertyville gun store after a stolen pickup truck crashed into it in 2016, police said.

On August 23, 2016, police responded to a burglary at Just Trap Guns, 334 Peterson Road in Libertyville. Officials said that around 4:30 a.m. a stolen pickup truck from Mount Prospect was driven through the front of the building.

Cases of shotgun ammunition were stolen after the suspect could not access the guns in a steel vault.

“Due to involvement in multiple other criminal investigations, several juvenile suspects were developed in conjunction with associated investigations by the Wheeling and Mount Prospect police departments,” the Libertyville Police Department said.

DNA samples from the crime scene were sent to the Northeastern Illinois Regional Crime Laboratory in September 2017, officials said. A DNA comparison positively linked the suspect, who is from Wheeling, to the crime.

On February 13, Wheeling Police arrested the now 13-year-old boy for a different case and the Libertyville Police Department was notified. The juvenile, who was uncooperative with police, was transferred to the Depke Juvenile Justice Complex in Vernon Hills.

Police said that several other suspects were involved. 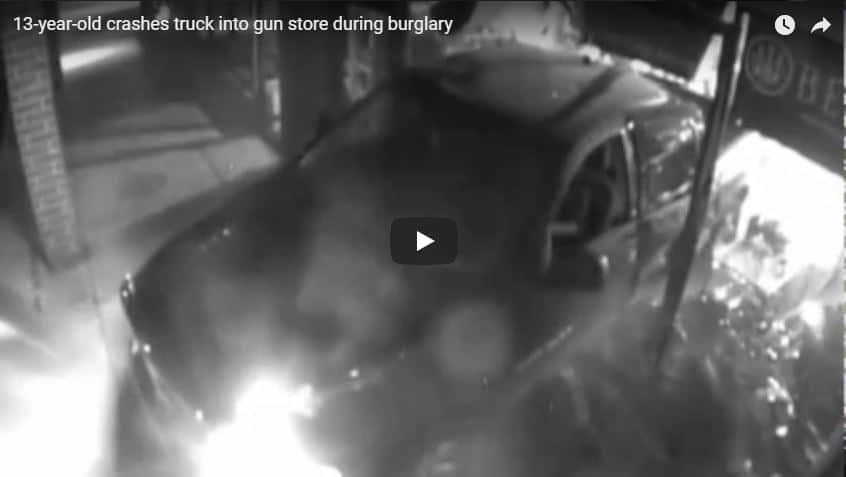