Firefighters were called at 12:30 p.m. on Saturday to Buckingham Place Apartments, 3040 West 8th Street in Waukegan, for a report of a structure fire. 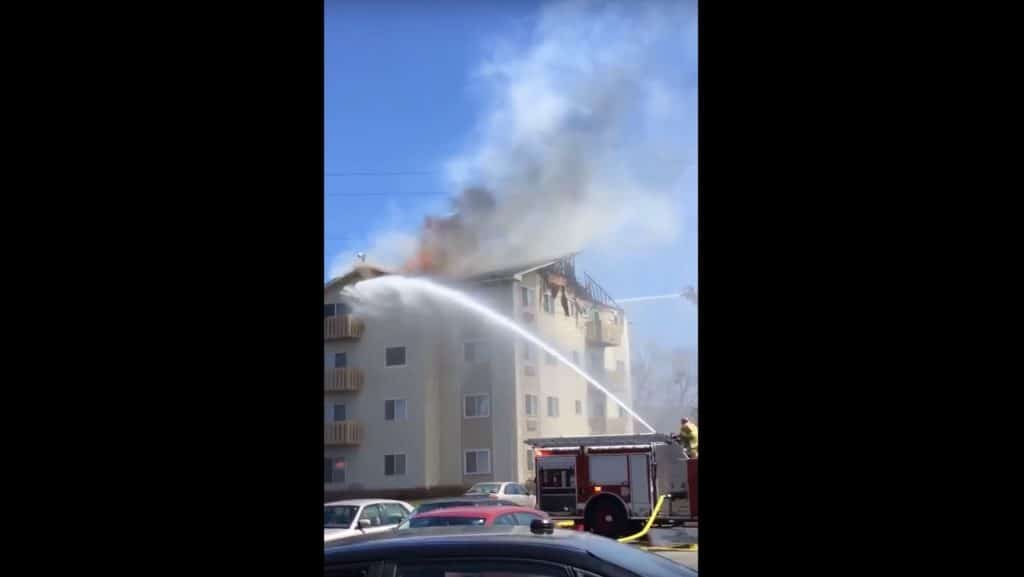 The Waukegan Fire Department utilized the Mutual Aid Box Alarm System (MABAS) and called for a 3rd alarm which brought in numerous fire departments from the area to help battle the fire.

The fire heavily damaged the 84-unit apartment building. Waukegan Fire Marshall Todd Zupec said that the fire damaged several floors and spread up to the roof. 100 to 120 residents were displaced; however, none of them were injured, officials said.

Nine American Red Cross volunteers were called to the scene to help the displaced residents. The cause of the fire remains under investigation.