WATCH: Woman rear-ended and robbed at gunpoint in Waukegan

Police are asking for the public’s help in identifying a man who rear-ended a woman and robbed her at gunpoint in Waukegan.

The Waukegan Police Department said that at 11 a.m. on May 24, a man rear-ended a woman’s car at a stop sign while they were exiting the PNC Bank at 1802 Belivdere Road. 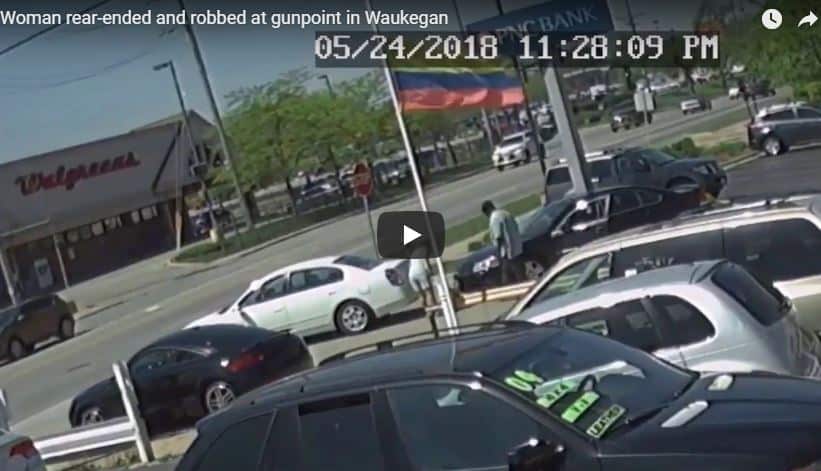 Police said that the woman in the white Nissan got out of her car and so did the man in the dark colored sedan. The two speak with each other and they look at the damage from the crash.

The video shows the man getting back into his car and exiting with a handgun. He shows the woman the gun and then takes the woman’s purse from her car before fleeing the scene eastbound on Belvidere Road.

Police also released surveillance video from inside the bank which shows the suspect talking on the phone. Anyone with information is asked to call the Waukegan Police Department at 847-360-9001.

1 injured after car slams through Mundelein home, leaving it uninhabitable
No injuries after shots fired near Gurnee Mills mall in Gurnee
1 dead, 2 others diagnosed with Legionnaires' disease at senior living facility in Vernon Hills