Two men who posed as contract employees of the City of Lake Forest burglarized an elderly resident’s home in Lake Forest earlier this week, police said.

The Lake Forest Police Department said that the incident occurred 4 p.m. Monday on the east side of Lake Forest.

The suspects told the homeowner they were were employees of an environmental company contracted by the City of Lake Forest.

Police said that the suspects convinced the homeowner they were there to test the water quality after a neighbor’s pipe broke.

One suspect distracted the homeowner while the second suspect stole cash and jewelry from the master bedroom.

The suspects were both male whites with darker complexion, between 25-40 years old, average height and build. Both were wearing face masks covering the majority of their face.

A Ring doorbell camera from a neighbor’s home captured a photo of the suspect’s vehicle when it was parked in the victim’s driveway.

The low quality photo shows a smaller light-colored, believed to be white or beige, two-door vehicle. The make and model is unknown.

Anyone who has information on the burglary is asked to contact Detective Phil Gualdoni at 847-810-3958 or email him at gualdonp@cityoflakeforest.com.

Coroner identifies 77-year-old man who was struck, killed by car in North Chicago 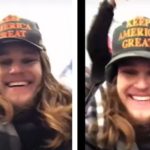