Carlos J. Acosta, 54, of Woodstock, and Andrew R. Polovin, 48, of Island Lake, were both charged with two felony counts of endangering the life of a child and one felony count of reckless conduct.

During the arraignment hearing, Acosta pleaded not guilty to all charges. A jury trial was requested, court records show.

Polovin appeared in court on September 17 with Chicago-based attorney Matthew McQuaid in front of Wilbrandt.

During an arraignment hearing, Polovin also pleaded not guilty to his charges and requested a jury trial. 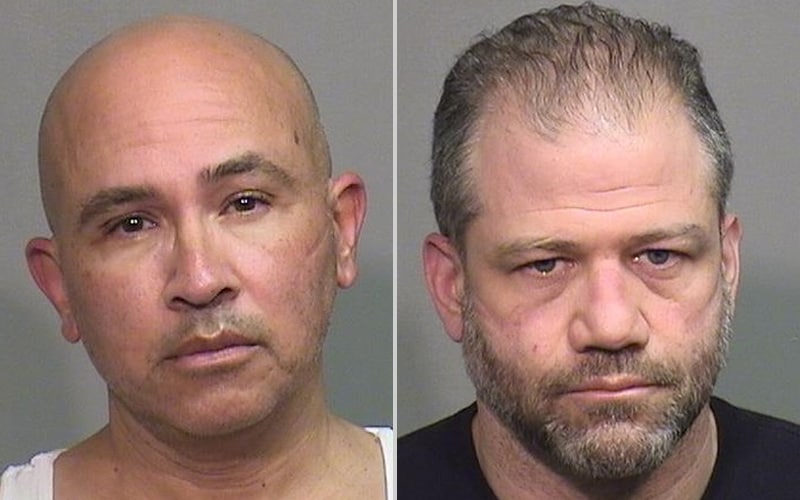 According to a bill of indictment, a grand jury charged Acosta for “not acting in good faith within his official capacity as a DCFS Child Protection Specialist and in a willful and wanton manner, knowingly caused or permitted the life or health of A.F., a minor child under the age of 18, to be endangered and said offense was a proximate cause of the death of A.F.”

The grand jury also charged Polovin for “not acting in good faith within his official capacity as a DCFS Child Protection Supervisor and in a willful and wanton manner, knowingly caused or permitted the life or health of A.F., a minor child under the age of 18, to be endangered and said offense was a proximate cause of the death of A.F.”

Acosta and Polovin were released from the McHenry County jail on September 10 after posting $2,000 bail each.

In May, a search warrant affidavit was filed by McHenry County State’s Attorney investigator Robert Diviacchi, the Northwest Herald reported.

Prosecutors were exploring possible charges against Polovin, who was a DCFS supervisor, for his handling in the case of 5-year-old Crystal Lake boy Andrew Freund Jr., who was murdered in 2019.

The search warrant was seeking the complete personnel file, training transcripts and employee evaluations of former Department of Children and Family Services (DCFS) supervisor Andrew Polovin, according to the Northwest Herald.

“From the Inspector General’s report, it is indicated that Mr. Polovin’s lack of supervisory oversight was willful and [wanton], given the nature of the injury, the explanations that had been given and rejected by police and unsupported by medical examination …” Diviacchi said in the affidavit at the time.

Polovin was the supervisor of caseworker Carlos Acosta, who was assigned to the case. They closed the case after attributing the bruising to the family dog, despite AJ telling an emergency room doctor, “Maybe someone hit me with a belt. Maybe mommy didn’t mean to hurt me.”

A federal lawsuit was filed on October 16 alleging that Acosta, who is also a McHenry County Board Member, and Polovin conducted ‘sham investigations’ and falsified reports despite clear signs that AJ was being abused before his death.

The lawsuit alleged Acosta falsified the Child Endangerment Risk Assessment Protocol and indicated that AJ’s bruise was caused by a dog, despite obvious inconsistencies with the story.

“Defendants Acosta and Polovin, ignoring DCFS Procedures and the Prime Directive of ANCRA, returned AJ right back into the claws of his abusers, who were further emboldened by the Defendants’ indifference to gear up their infliction of horrific physical and mental abuse and torture, culminating in AJ’s murder on April 15, 2019,” Attorney Peter J. Flowers said in the lawsuit at the time.

Polovin and Acosta were later fired by DCFS in December.

AJ’s parents, Andrew Freund Sr. and JoAnn Cunningham, were both charged with first-degree murder on April 24, 2019 after an almost week-long search for the child. Police found the young boy’s body buried in a shallow grave in a field near Woodstock.

Cunningham pleaded guilty to first-degree murder and is serving 35 years in the Logan Correctional Center in Lincoln, Illinois.

Records show she is expected to be released on April 24, 2054. She entered the prison with over a year of credit for time served in the McHenry County jail awaiting trial.

Andrew Freund Sr. pleaded guilty as part of a plea deal to aggravated battery to a child, a Class X felony, involuntary manslaughter, a Class 3 felony, and concealing a homicidal death, a Class 3 felony.

He will serve 30 years in prison.