Police in Kenosha County, Wisconsin have arrested a man wanted for placing the bodies of an Algonquin couple in a freezer and a cabinet after they were killed, court documents said.

Maxim Parnov, 36, of the 400 block of La Fox River Drive in Algonquin, was charged Wednesday with two counts of concealment of a homicidal death, a Class 3 felony.

The Algonquin Police Department responded Tuesday afternoon to the 400 block of La Fox River Drive in Algonquin for a wellbeing check call.

Algonquin Deputy Police Chief Ryan Markham said someone called police to check on a male resident and female resident who had not been heard from.

Officers were unable to locate the residents, identified in court documents as Elvira Almen and Peter M. Almen, at the residence and an investigation was launched.

Two deceased subjects, who matched the description of the missing Algonquin residents, were located around 12 p.m. Wednesday, Markham said. He did not say where in Algonquin they were found.

[Suggested Article]  Family, pets escape without injury after house fire that caused $150,000 in damage in Algonquin

The man and woman’s cause of death has not been determined but the circumstances surrounding their deaths suggest that foul play is suspected, Markham said.

The McHenry County Coroner’s Office is working to determine the cause of death for Elvira Almen and Peter Almen.

Markham said the case is being investigated as a homicide and it is believed to be domestic violence-related. “There does not appear to be any threat to the members of the general public.”

Parnov, who fled the area in a car, was identified as a person of interest in the case.

Markham said in an update that Parnov was located by the Kenosha County Sheriff’s Department at a residence in Salem, Wisconsin around 6:48 a.m. Thursday.

Markham said that additional charges are pending against Parnov, who has been charged so far with two counts of concealment of a homicidal death.

Court documents said that Parnov concealed the bodies of Elvira Almen and Peter Almen after they had died by homicidal means.

Parnov allegedly placed Elvira Almen in a freezer inside the residence on La Fox River Drive and transported the freezer in a U-Haul rental truck, a criminal complaint filed in McHenry County Circuit Court said.

Parnov also allegedly placed the body of Peter Almen in a wooden cabinet inside the residence on La Fox River Drive and transported the cabinet in the back of the truck, the complaint said.

Markham said that the bodies of the two victims were located in a different location than the couple’s residence.

Friends of Peter Almen said the man, who was married to Elvira Almen, was reported missing after he did not show up for work on Monday, which was unlike him.

The McHenry County Major Crimes Assistance Team is assisting the Algonquin Police Department with the investigation.

Parnov is currently being held by the Kenosha County Sheriff’s Department and awaiting extradition. 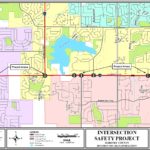