Fire officials say no injuries were reported after farm machinery pulling an anhydrous ammonia tank, which can be highly hazardous, rolled over near Marengo on Monday.

The Marengo Fire and Rescue Districts responded around 4:40 p.m. Monday to the area of Kishwaukee Valley Road and Oleson Road in unincorporated Marengo.

Fire crews arrived and located various farm machinery that had rolled over in a ditch.

A damaged anhydrous ammonia tank was among the machinery that had rolled over.

“Our members are familiar with the dangers of anhydrous ammonia and took immediate precautions, including securing the area and checking wind direction,” Vucha said.

The damaged tank did not expel any of the product and the situation was mitigated quickly.

Anhydrous ammonia is commonly used as an agricultural fertilizer.

When involved in a crash or handled improperly, the product can be dangerous, Vucha said.

No injuries were reported. Kishwaukee Valley Road was closed in both directions for over an hour.

The McHenry County Sheriff’s Office is investigating the cause of the crash.

Former teacher charged with stealing over $13,000 in funds from education association in Marengo Child seats believed to have prevented injury to children in Cary rollover crash 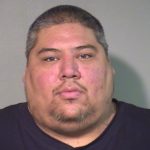