DUI charges have been filed against a 20-year-old man who was critically injured after he drove “well over” 100 mph when his car went airborne and hit a pole in Harvard, police said.

The Harvard Fire Protection District and Harvard Police Department responded around 12:52 a.m. Saturday to the intersection of Lawrence Road and Oak Grove Road for a report of a single-vehicle crash with injuries.

Officers discovered a 2009 Mercedes that had left the roadway and struck a utility pole and clump of trees, according to Harvard Police Chief Tyson Bauman.

The driver, who was the sole occupant of the vehicle, was identified as Roberto Calixto-Esquivel, 20, of the 9000 block of North Malinda Drive in Harvard.

A preliminary investigation shows the Mercedes had been traveling at a rate of speed “well over” 100 mph, Bauman said.

The vehicle left the roadway and went airborne. It then struck a utility pole and a clump of trees.

One of Mercyhealth’s emergency field vehicles — called MD-1 — was called to the scene to help treat Calixto-Esquivel.

MD-1 vehicles are staffed by residency-trained emergency medicine physicians and they can help paramedics stabilize a patient before they are transported to the hospital from a scene.

Calixto-Esquivel was transported by ambulance to Javon Bea Hospital Riverside in Rockford where he was in critical condition, Bauman said.

The man’s condition has since been stabilized and he remains hospitalized.

Bauman said it appears the combination of excessive speed and alcohol were contributing factors in the crash.

Calixto-Esquivel was charged on Tuesday with three counts of driving under the influence and one count of reckless driving.

He was issued citations for operating an uninsured motor vehicle, failure to wear a seatbelt, driving on wrong side of the road and failure to reduce speed to avoid an accident.

Calixto-Esquivel is scheduled to appear in court on July 27.

20-year-old man in critical condition after driving over 100 mph, crashing into pole in Harvard 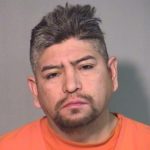 Wanted man leads police on brief pursuit, crashes his car into tree near Harvard 90 days in jail for drunk driver who crashed into building in Woodstock, seriously injuring woman 25-year-old killed after driving car wrong way at high rate of speed, hitting other car near Harvard