A mother and daughter have both pleaded not guilty to hiding the body of a deceased man, who was a convicted sex offender, in a conservation area in Richmond.

There were no signs of apparent injury on the man and he did not have any identification on him, King said at the time.

The McHenry County Sheriff’s Office, Richmond Police Department and Richmond Township Fire Protection District also responded to the scene and assisted with the investigation alongside the McHenry County Coroner’s Office.

The man was identified as Alexander Oleston through investigative efforts.

State records show Oleston was a convicted child sex offender. He was 32 years old and a Richmond resident.

Oleston was convicted of aggravated criminal sexual abuse in Wisconsin when he was 21 and the victim was 14, records show.

The previous sex crime conviction against Oleston did not involve the two Stoens, King said.

Theresa Stoen and Mikalah Stoen, who are mother and daughter, told investigators they believed Oleston had died from a drug overdose.

It is unknown if he was dead at the time his body was transported to the conservation area.

A grand jury indictment alleged that the Stoens transported Oleston’s body from an apartment in the 10600 block of North Main Street in Richmond the day before he was found.

King said on Tuesday that Oleston’s cause of death is still pending an investigation by the McHenry County Coroner’s Office.

During a Friday arraignment hearing, the two defendants pleaded not guilty to the charges, court records show.

Theresa Stoen and Mikalah Stoen remain out on bond. A status on trial date hearing is scheduled for August 9. 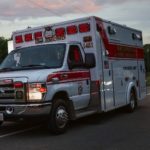