15 establishments in Lake County were cited for selling alcohol to minors as a result of a countywide initiative in spring, officials said.

The organization aims to prevent underage consumption of alcohol and drugs.

The task force said the end of a school year brings memories like prom and graduation, but concerns about underage drinking arise.

Throughout spring, law enforcement agencies and local groups had teens enter stores in the county and attempt to purchase alcohol with identification showing they were under 21.

[Suggested Article]  14-year-old girl killed, 2 others hospitalized after being struck by hit-and-run driver in Waukegan

Out of 80 compliance checks, 15 establishments allegedly sold alcohol to a person under 21, which is a Class A misdemeanor.

“This was part of a county-wide effort to continue promoting positive practices by stores and restaurants that sell alcohol,” the task force said.

The Mundelein Police Department conducted the most compliance checks at 37, followed by Lake Zurich at 16 and Kildeer at 10.

Eight establishments were cited by Mundelein police, two were cited each by Lake Zurich, Kildeer and Grayslake-Hainesville police, and one was cited by Riverwoods police.

No establishments were cited by the Round Lake Heights Police Department, which conducted six checks.

“Consistency from community to community and monitoring underage drinking issues will help us be successful in addressing this problem and saving lives,” Bill Gentes, executive director of the task force, said.

“Our desire is to see 100% compliance, but it is refreshing to see the majority of businesses realize the seriousness of this issue and did not sell alcohol to the underage participants,” he added. 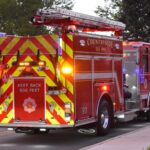