A 41-year-old man and his girlfriend were both arrested after they allegedly hit and injured a 16-year-old with a hammer and coffee pot at a Zion home.

Jeremy Rushing, 41, of Zion, was charged with aggravated battery with a deadly weapon and two counts of domestic battery.

The Zion Police Department responded to a residence Monday for a complaint of a broken window.

Rushing is the father of the victim, who is 16 years old, Lake County Assistant State’s Attorney Dino Katris said during a bond hearing Tuesday morning.

The 16-year-old told officers his father locked him out, so he broke a window to get in, Katris said.

Rushing’s girlfriend, McClanahan, then came into a room and allegedly started hitting the 16-year-old.

The 16-year-old stated that Rushing allegedly hit him with a hammer, Katris said.

Officers found the victim bleeding from his head, face and hand knuckles.

They observed a trail of blood in the bathroom and a welt was found on the teen’s forearm.

The coffee pot was found broken at the scene.

Rushing admitted to police he had an orange hammer, but it was not recovered at the scene, Katris said.

The Illinois Department of Children and Family Services (DCFS) was notified.

McClanahan told officers she was hit in the face, but officers observed no injury at the scene, Katris said.

McClanahan’s bond was set at $10,000. She posted bail and was released on Friday, court records show.

Both Rushing and McClanahan are scheduled to appear in court on August 3 for preliminary hearings.

Toddler dropped onto ground, fallen on during domestic disturbance in Zion Man threatened to kill officers before attacking one of them in Vernon Hills, prosecutors say 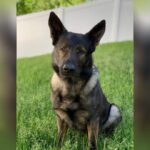